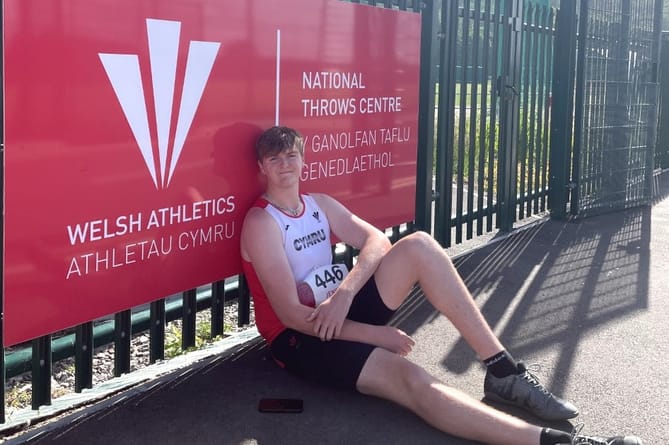 A teenage para athlete from Llandissilio has landed an incredible achievement by breaking a world discus record over the weekend.

Seventeen-year-old Michael Jenkins, a member of the Pembrokeshire Harriers Athletics Club, competes in throwing events, and is classified F38, a class for athletes with cerebral palsy.

On Saturday at the Welsh Championships in the UK he broke the F38 record for discus that has stood since the Paralympics in 2012, held by Javad Hardani from Iran.

“This is an incredible achievement for anyone, but for a 17 year old is just epic,” said his proud mother Samantha.

Michael a former pupil at Ysgol y Preseli before beginning an access to nursing course, to enable him to gain a paediatric nursing degree in Cardiff, trains once a week in the Welsh capital with Ryan Spencer Jones - Paralympian Aled Davies OBE’s coach.