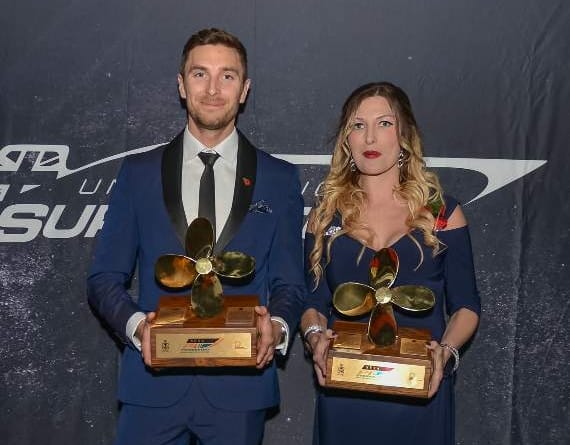 The Coleman Racing family were out in force this weekend for the P1 Annual Awards Ceremony which took place on Saturday at Mercedes Benz World, Surrey.

Although they’ve had many a cause for celebration this year the evening was a great close to their second season racing together, and a great excuse to swap their race suits for frocks and black ties!

Family, friends and sponsors were in attendance at the glamourous event in the heart of the Historic Brooklands location.

Daisy commented that the venue itself was memorable given that it was here in 2012 she attended her first P1 awards while racing in the 150hp series with Mission Motorsport.

Pembrokeshire Vikings set their marker for the season

Sam passed on his thanks to their family, friends, and of course all sponsors, particularly Pertemps Network Group whom without their support we wouldn’t be able to race.

Along with their second successive British titles, Sam and Daisy were also formerly awarded their World Championship trophies following their title win in Mumbai earlier this year.

The P1 UK championship will be on hold in 2018 as Powerboat P1 focus their efforts on international growth following the success of the inaugural world championship in India.

Sam and Daisy are evaluating other 2018 racing options while also looking for a title sponsor to take on the P1 USA Championship.