Villages unite to reform soccer side 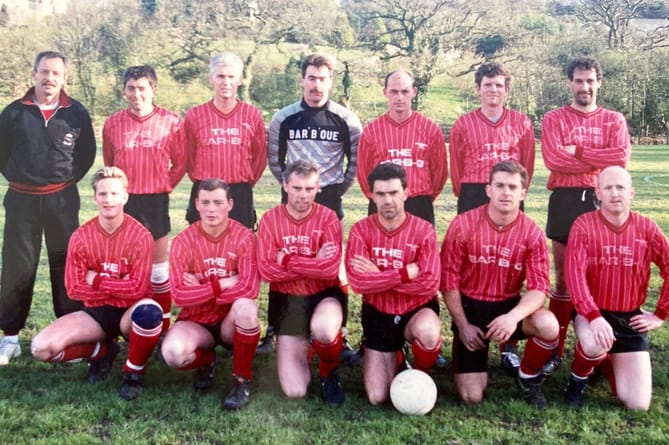 A blast from the past (New Hedges/Saundersfoot United on Facebook )

New Hedges/Saundersfoot United FC are delighted to announce that they will be registering a football team for this coming season in Division 5 of the Manderwood Pembrokeshire League.

It’s a welcome boost for soccer in the area, following the sad news last year that after over 90 years in existence, officials of Saundersfoot AFC announced that the club had folded due to ‘dwindling’ player numbers, and a lack of people willing to step forward to run the club behind the scenes.

The newly formed side has already listed eight people to it’s committee, and is welcoming anyone else who wants to get involved and has something to offer.

Alan Brindley will manage the team, adding his exceptional experience to the new set up.

The team are looking for players so it can register for the season ahead. If you are interested in playing or helping out in another capacity then please contact Alan on 07837737340 or via email at: [email protected]

A 50th anniversary ‘golden get together’ to be held at Saundersfoot’s Regency Hall on Saturday, July 16 has also been arranged, with tickets now available from Saundersfoot Sports and Social Club and The Royal Oak priced at £6 each with all proceeds going to New Hedges/Saundersfoot United.

All players, committee or anyone associated with New Hedges and/or Saundersfoot Football Club over the last 50 years are invited to the nostalgic reunion to celebrate this club from its formation in 1972.

In addition to the return of many old team-mates and the reminiscences involved there will be a showing of a comedic video made before and after one of the 1990s Cup Finals and featuring many club characters in unusual roles.

WAGS (wives and girlfriends) are cordially invited to enjoy the occasion and dance the night away.