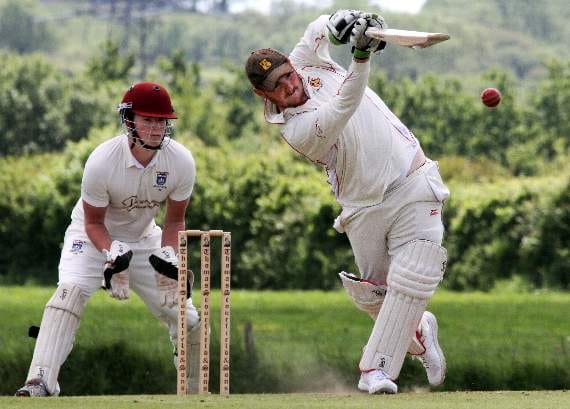 Fears that last Friday’s torrential downpour might have resulted in a washout for last weekend’s Thomas Carroll Pembrokeshire League cricket programme in the end proved unfounded.

With the sun shining and a strongish wind drying pitches, nearly all matches went ahead as scheduled on Saturday.

Neyland continued to march on at the top of division one as they notched a comfortable eight-wicket victory over visiting Lawrenny.

Taking first knock, Lawrenny were bowled out for 171, Joe Kidney top scoring on 33, with James Phillips not far behind with 32.

Main damage was caused by Andrew Miller, who returned fine figures of 5 for 57 as wickets tumbled at regular intervals throughout.

Miller also impressed with the bat, hitting an unbeaten 48 as he and Patrick Bellerby with 84 saw their team home with plenty to spare.

After a couple of weeks where runs have certainly been at a premium, the Haverfordwest batsmen again found their touch as they rattled up a formidable total of 241 for 6 against Cresselly.

Leading the way was Chris Fitzpatrick, who smashed a superb 102, while Ben Field also weighed in with 86.

Tom Arthur did his best to stem the flow with a tidy spell of 3 for 38, but it was always going to be a difficult target for Cresselly to chase.

And so it proved, as Clive Tucker produced a bit of magic with the ball, snapping up six wickets at a cost of just 15 runs as the visitors were skittled out for 117, only batsman to show any real resitance being Neal Williams, who unluckily fell one short of his half century.

As a result, Cresselly have slipped to third spot in the table and now breathing down their necks are near neighbours Carew, who managed to eke out a 28-run victory in a tight affair with Saundersfoot.

Making first use of the wicket, Carew posted a total of 172 for 8 in their allotted overs, Ian Sefton wielding the willow to good effect as he top scored with 67.

Sam?Franklin was the pick of the Saundersfoot bowlers with a return of 3 for 31, while Nicky Cope also chipped in with a couple of wickets at a cost 36.

Both also shone with the bat, Franklin striking 34 and Cope 32, but their efforts were in vain as Rhys Davies tore through the rest of the innings to finish with excellent figures of 6 for 37 as Saundersfoot were eventually bowled out for 144.

Whitland must have fancied their chances of getting the better of their mid-table clash with St. Ishmaels.

But visiting Tish obviously had other ideas as their bowlers made the home batsmen struggle, only contributions of note coming from Wayne Howells with 36 and Matthew Davies 32 as Whitland were all back in the pavilion for 127.

The damage was caused by Brennan Devonald, Jordan Milich and Andrew Pawlett, who all finished with three wickets apiece.

The Tish batsmen also found the going tough as Greg Sleep kept the Whitland hopes alive with 3 for 46 and Jack Bowen also picked up a couple of cheap wickets.

But Peter Bradshaw with 46 and Phillip Cockburn with 43 both played solid knocks, to see their side home to victory with three wickets to spare.

In the only other division one match, Burton enjoyed a comfortable victory over neighbours Llangwm, who were skittled for 99, with the home side passing the total for the loss of four wickets.