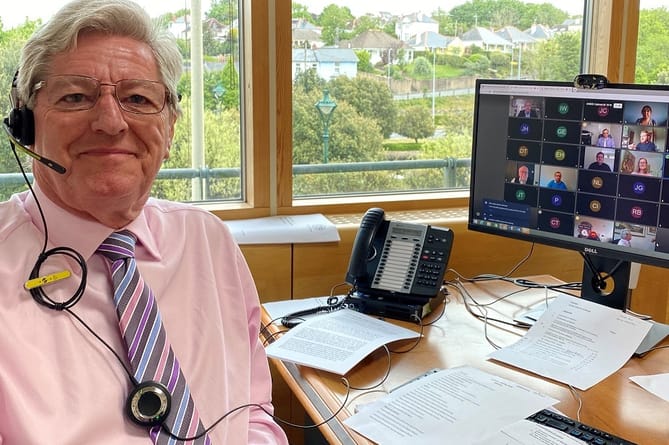 Pembrokeshire council will officially reinstate its leader for the coming term of office at a meeting on Thursday after no one stood against him.

Clr. David Simpson announced his intention to stand for leader again earlier in the month, after winning his Lampeter Velfrey seat with an overwhelming majority.

No other councillors put their names forward for the leadership race and Clr. Simpson will be reinstated as leader at annual council on Thursday, May 26.

He will also confirm who will make up his cabinet at that meeting, with a number of previous members returning to County Hall, although two significant losses were Cllrs Bob Kilmister and Cris Tomos who lost their seats.

Annual council will also see the election of a council chairman and deputy presiding member for the coming municipal year as well as the election of Clr. Tom Tudor as vice-chairman.

Which councillors – from which political group – will be allocated statutory committees and overview and scrutiny committee spaces and the chairs and vice chairs of the planning, licensing and democratic services committee will be decided.