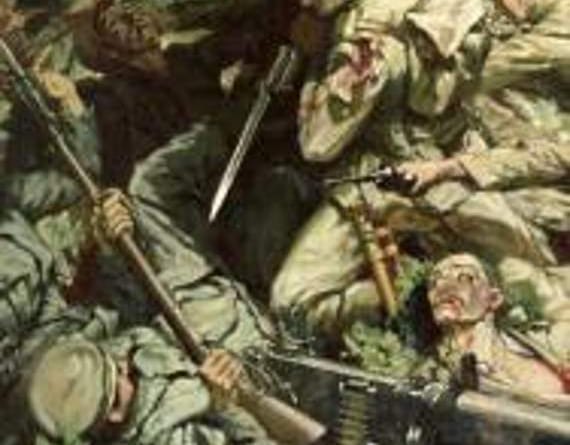 Arguably the greatest of all published memoirs of the Great War, Old Soldiers Never Die is Private Frank Richards’s classic account of the war from the standpoint of the regular soldier, and a moving tribute to the army that died on the Western Front in 1914.

In this remarkable tale, Richards recounts life in the trenches as a member of the famous Royal Welch Fusiliers, with all its death and cameraderie, in graphic detail, vividly bringing to life the trials and tribulations faced by the ordinary rank and file.

Old Soldiers Never Die was published by Parthian Books on January 29. It is priced £8.99.

Author’s biography: Frank Richards was born in 1833 in Monmouthshire.

Orphaned at nine-years-old, he was brought up by his aunt and uncle in the industrial Blaina area, and went on to work as a coal miner throughout the 1890s before joining the Royal Welch Fusiliers in 1901. A veteran soldier who served in the British India and many areas of the Western Front, he wrote his seminal account of the Great War from the standpoint of the common soldier, Old Soldiers Never Die, in 1933. This was followed by Old Soldier Sahib, a memoir of his time serving in British India, in 1936. He died in 1961.