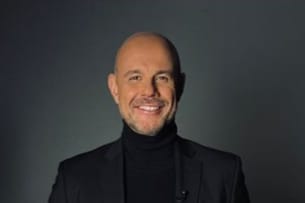 The quality of tourism businesses across the county will be acknowledged this year at the inaugural Croeso Awards. Organised by Visit Pembrokeshire, the awards will be hosted by well-respected TV & radio personality Jason Mohammad.

Following turbulent times over recent years, Pembrokeshire’s tourism providers are once again welcoming visitors who are keen to experience the delights of the county for the first time and those for whom Pembrokeshire is a place to return to relax and unwind. Entry to the awards is open now via the website www.visitpembrokeshire.com/croeso-awards/ until midnight July 8. The awards are free to enter, and businesses are encouraged to enter any number of qualifying categories.

Born in Cardiff, Jason is a fluent Welsh speaker and has also hosted many major television sporting events on BBC channels including the Olympic and Commonwealth Games, World Cup, snooker, rugby, and athletics. He’s also co-hosted Crimewatch and his acting credits include more than one episode of Dr Who!

Emma Thornton, CEO at Visit Pembrokeshire said: “As a passionate Ambassador for Wales, Jason is the perfect choice of presenter for our inaugural Croeso Awards and we are absolutely thrilled that he has agreed to take part. His relaxed, humorous, and engaging style will without doubt, ensure the evening is a fantastic success”

A panel of independent judges will shortlist finalists in twelve categories including the “Regenerative Tourism” category sponsored by Ty Milford Waterfront which is part of The Celtic Collection.