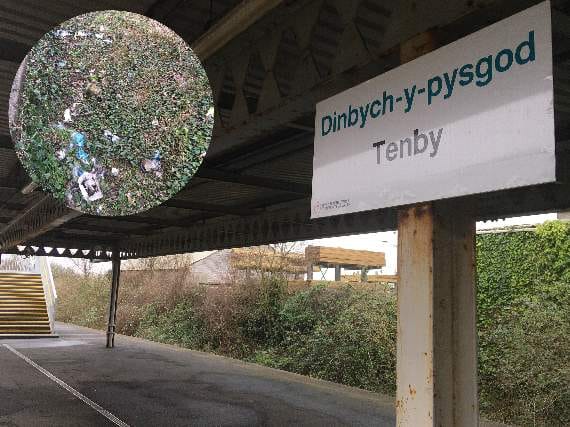 Tenby councillors have met with a rail consultant living nearby in a bid to try and address litter and waste issues that have tarnished the town’s railway station in recent years.

At Tuesday night’s meeting of the town council the town clerk Andrew Davies said that he and councillors had now met with Penally resident Richard Cole LLB Hons (Wales), a former Network Rail employee, who now works as a railway consultant at the Tenby station to discuss ways of moving forward in improving certain aspects of the facility - including the overgrowth on the line and the litter and waste left to collate alongside the station’s tracks and platform.

“Mr. Cole is sure to prove a very useful contact and he has asked us what we would like to see prioritised. He knows the right people to get things moving,” Mr. Davies told members.