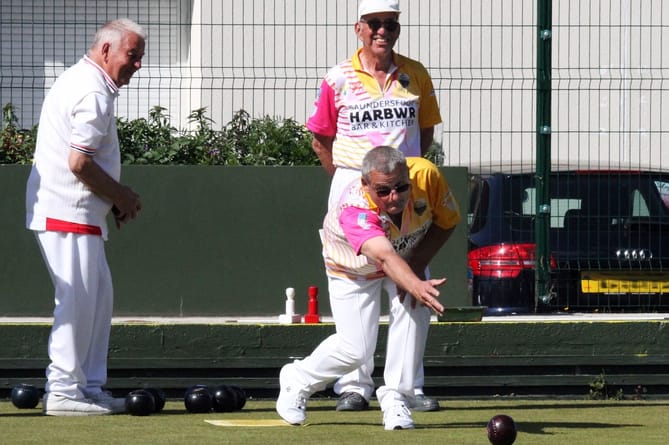 Neil Hensman is pictured in action for Saundersfoot (Susan McKehon ) 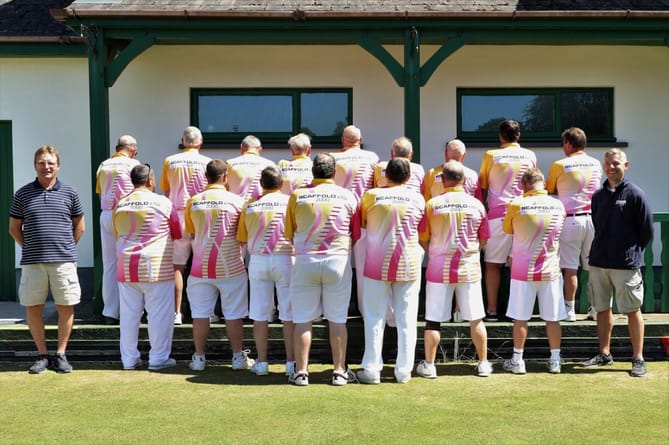 The Saundersfoot men’s team bounced back from the disappointment of failing to qualify from their group for this year’s Carruthers Shield knock out stages by winning two league matches last week in the space of three days.

First up was a home midweek game against Haverfordwest where they gained a twenty -two shot victory and twelve points with three winning rinks and last Saturday, again at home, defeated newly promoted Warriors of Pembroke Dock by twenty -eight shots, gaining another twelve points.

Prior to the Saturday match, the team showed off their new shirts which have been kindly sponsored by Mike Evans’ Saundersfoot Harbwr Bar and Kitchen, and Scaffold 2000, whose representatives Ross and Paul can be seen in the photographs. The club are also grateful for the continued support of the Heritage Park in Pleasant Valley.

The ladies of St Issells have also been performing well defeating Haverfordwest and Neyland, gaining ten of the twelve points that were at stake.

The club recently hosted the Barbarians bowling team as part of their diamond anniversary celebrations where after an enjoyable afternoon all enjoyed a buffet that had been prepared by the ladies.

Unfortunately, the ladies friendly against Ceredigion County was a victim of the weather and will hopefully be played later in the season.

Finally, congratulations to Steve Dick, Myrddin Dennis. Dai Davies and Alan Brain who last Sunday ensured that as current Welsh Senior Rinks champions they will be representing Wales at Llandrindod Wells on June 30 in the prestigious British Isles competition. 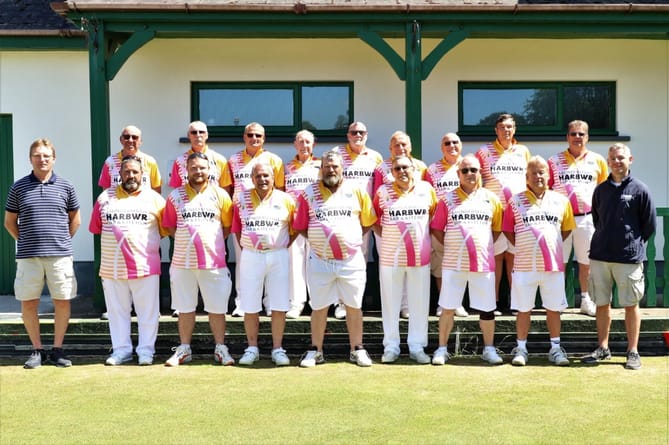