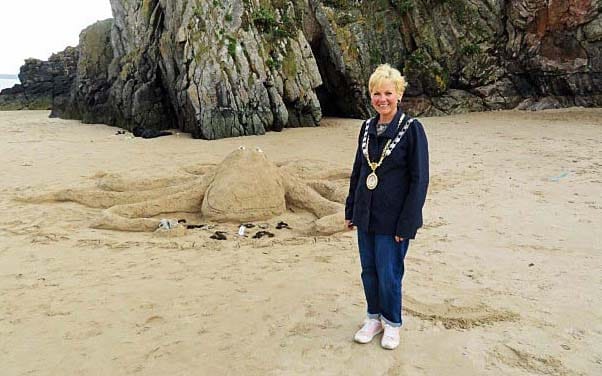 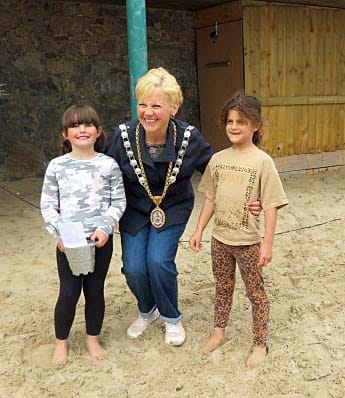 She then had the difficult task of judging the winners for the cash prizes on offer. Originality, skill and the ages of teams were all factors to be considered, but finally all was decided.

Harry and his wife were awarded first prize (£50 and the Golden Bucket and Spade) for their large octopus sculpture ‘Save our Seas’ - a heartfelt comment on pollution.

Congratulations to everyone who took part, they really produced some fun displays and seemed to enjoy the day. At least the sun did appear just as all was being packed up!

Tenby Arts Festival will be back this year at the end of September with a short but interesting programme of drama, music and talks – let’s hope the weather will be kinder than it was for the sandcastle event. 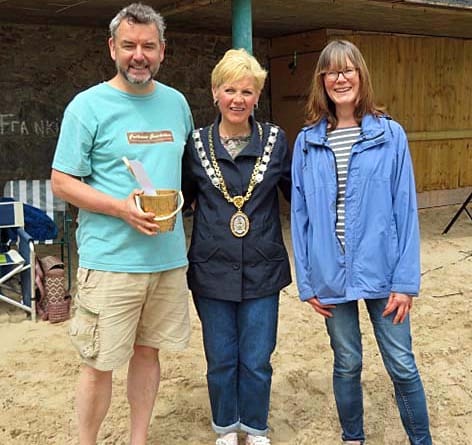