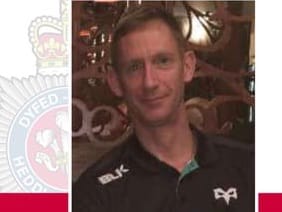 A body has been found near the coastal path near Manorbier today. It brings to an end a major search for 45-year-old Anthony that was launched yesterday after he went missing.

Police search teams, coastguard and helicopter were seen scouring the area this morning. This afternoon Police confirmed that they had found a body.

A police spokesperson said: “Dyfed-Powys Police can confirm that a body was found near the coastal path at Manorbier, Tenby this morning, April 26, 2022. The body has not been formally identified as yet, however the family of a 45-year-old man, who had been reported missing in the area, are aware and are being supported by officers.”

The missing man, named by the police as Anthony, was last seen around 6 pm yesterday (Monday) at the Pembrokeshire beach, walking towards Lydstep along the coast path. Police described Anthony as white, around 6ft 3in tall with short light brown hair, wearing a dark top and trousers.