Approval for trial to seal paving slabs in Haverfordwest 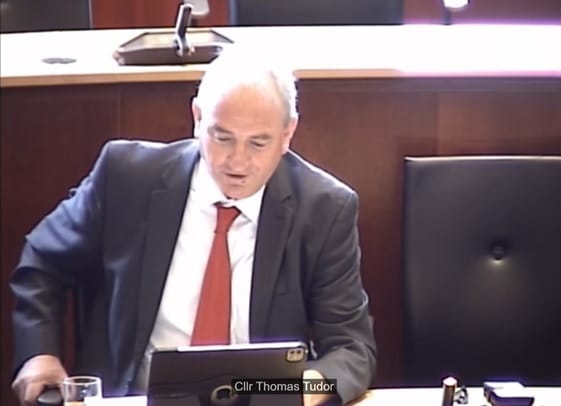 Areas where slipping incidents on Haverfordwest pavements have been reported will be included in an £18,000 trial to alleviate the issue, prompted by a local councillor.

Castle ward councillor Tom Tudor put forward a Notice of Motion about slippery pavements in the town, having previously raised concerns on a number of occasions.

On Monday (June 18) Pembrokeshire County Council’s cabinet approved a recommendation to trial sealing some sections of the sandstone paving slabs to see if that improved conditions and reduced algae growth, said to be the cause of the slippiness.

Clr. Tudor said he has been “inundated with complaints over the years” about slippery pavements around his ward.

New wildlife attraction has been given the green light

Prosecution to be launched against Little Haven home owner

“We need these homes to be built” - states Tenby’s Mayor

The pavements are made up of sandstone in these areas and algae develops in “sheltered/shaded areas” following wet weather, and Clr. Tudor has been calling for the slabs to be replaced.

Officer Rob Evans said that the trial would be carried out in two areas with the “greatest number of reports of concerns and the two areas where a few years ago we received claims for slipping incidents.”

The results would be monitored over the winter and early spring and if successful rolled out to the other areas where the sandstone slabs are laid.

Clr. Tudor welcomed the cabinet decision to carry out the trial, and clarified that the areas to be treated first are sections around High Street and the leisure centre, he also asked for consideration of the next course of action will be if the trial is not successful.

The £18,000 cost of the trial – and any future sealing – will be offset against cleaning costs that should no longer be required.