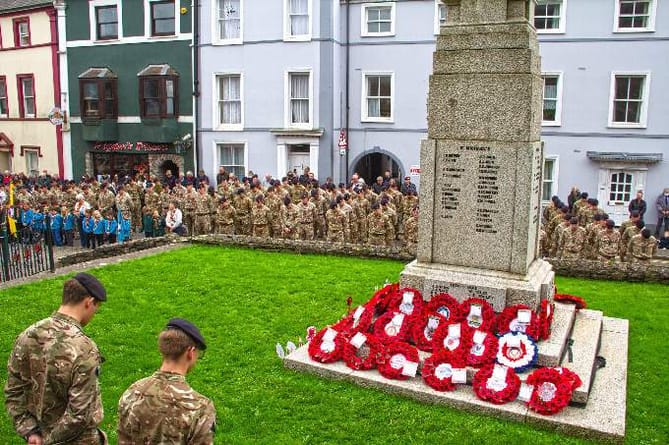 During Remembrance week and especially on Remembrance Sunday, November 14, communities throughout Pembrokeshire and Carmarthenshire came together to honour the memory of those who lost their lives in the First and Second World Wars. In common with the rest of the county, ceremonies were held at Freshwater West, Carew, Neyland, Milford Haven, and Pembroke Dock - where the town had been decorated with poppies and military silhouettes. In Pembroke (pictured), the town’s dignitaries were joined by members of the armed forces, Royal British Legion and many local organisations, as well as a large crowd of townspeople, to remember the lost and give thanks for freedom.

Banksy style artwork with a message pops up across Tenby

Doorman John hangs up his ‘bouncer’s badge’ after 40 years

Robert Marshall captured some poignant moments at the town’s War Memorial, in the shadow of the iconic Castle.