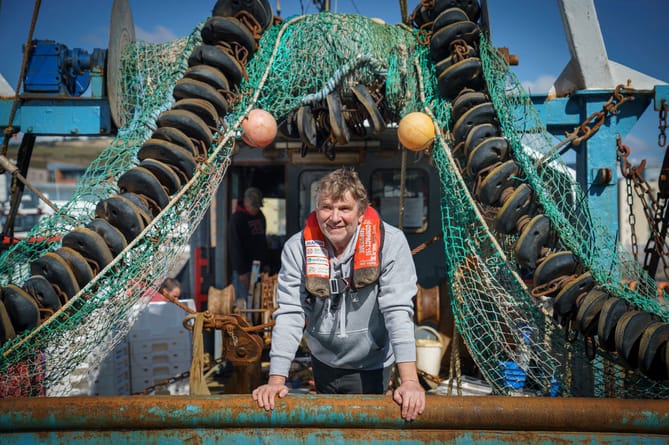 Wales is taking action against marine litter as it becomes the first UK nation to introduce a recycling scheme for fishing gear.

The first collection, which took place on Global Recycling Day (March 18), proved a huge success, with some three tonnes of fishing gear collected for recycling from seven harbours around Wales.

The new scheme will help to bolster Wales’ recycling credentials –Wales has the best household waste recycling record in the UK and the third best in the world.

Recycling bins for used fishing gear have been placed at Milford Haven, Fishguard, Cardigan, Swansea, Conwy, Anglesey and Holyhead harbours. They were filled to the brim with fishing nets, ropes and buoys, which could otherwise have ended up in the sea or in landfill.

They will instead be shredded and turned into pellets, before being re-used in kayaks, bodyboards or in street furniture.

“Schemes like this show that through collaboration, innovation and action, we can come up with practical solutions that will ensure we leave our seas in a better state for our future generations.

“Sadly, reports show that if we carry on as we are, we may have more plastic in our oceans than fish by 2050.

“We will not shy away from the challenges ahead. Since devolution, we have worked incredibly hard to turn around our recycling record, from being one of the world’s worst to one of the best.

“With a Team Wales effort we can create a real circular economy where we recycle and reuse, strengthening our supply chains and protecting the planet. World events show us just how urgent this is.”

The Welsh Government is working with Odyssey Innovation Ltd, creators of the Net Regeneration Scheme and collectors of the marine refuse, as well as partners in the fishing industry, Surfers against Sewage and Keep Wales Tidy to create the scheme.

Fishing gear is estimated to make up to 20 per cent of all litter found in our seas. In Wales, fishing lines and ropes were the third most commonly found item in last year’s Great British Beach Clean survey. Fishing gear accounted for 14 per cent of litter found on Wales’ beaches.

Abandoned and littered fishing gear can harm marine life and increase the risk of micro plastics ending up in our food chain.

The UN has predicted the amount of plastic in our oceans will treble in the next 20 years, in large part due to a lack of recycling infrastructure. Offering solutions for end-of-life fishing gear will reduce the risk of littering and reduce the potential for damage to the marine environment.

“The Net Regeneration Scheme has only been made possible through collaboration, primarily between the fishing sector and conservation groups, supported by universities and the government.

This collaborative project between us, the Welsh Government and fishing communities will showcase best practice in a sector where it is immensely needed and the quality of our seas and the aquatic flora and fauna within it will also benefit tremendously.’’

“We have supported this project from the outset.

Together with Odyssey Innovation, port authorities, local authorities and community groups, fishermen and women have engaged with the pilot project team to recycle and regenerate end of life fishing gear and hard plastics.

We very much hope that the experience learned during this pilot will ensure a long-term sustainable expansion of the service to all ports and harbours in Wales significantly reducing our collective reliance on landfill in the future.”

This scheme is one of many the Welsh Government is spearheading in its drive to move to a circular economy – where waste is turned into a resource and kept in use for as long as possible.

As well as cutting damaging CO2 emissions that lead to climate change and the pollution of our wildlife habitats, a circular economy model will build resilience in Wales’ supply chains as it cuts the reliance of imports from overseas.

The Welsh Government also has ambitious plans to make Wales a Zero Waste Nation by 2050.