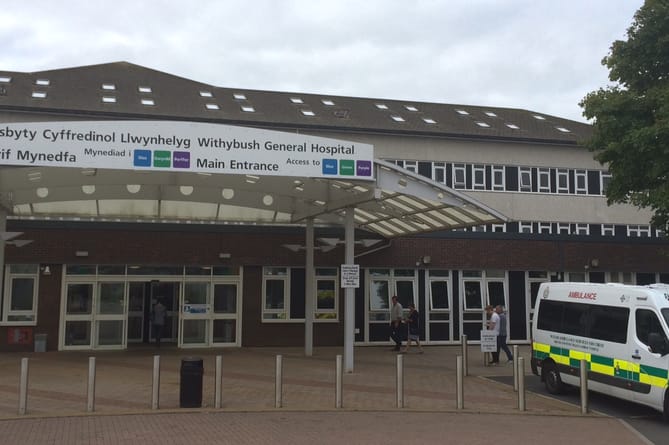 A 24 bed “decant ward” will be built at Withybush Hospital leading to the loss of some parking.

An application to build the new unit, along with associated access ramp, bin store and reconfigured car parking on hardstanding adjacent to the children’s health building to the north of the main building.

The ward will be used for inpatients during fire safety upgrading work being undertaken within the hospital site, with phase two due to start in the summer of 2023.

A report to Pembrokeshire County Council planning committee on June 14 states: “it has been established that the works within ward spaces and patient areas will be too intrusive and disruptive to be undertaken while patients are in situ and therefore there is a need for a decant ward space.”

A letter from the Chair of Hywel Dda University Health Board

It would remain as a decant ward following the completion of the fire safety work, it adds.

The proposed decant ward will have an internal floorspace of 800 sqm and provide for 24 beds in total in four single bed side rooms with en-suites; and five four bed bays with ensuites, along with other facilities including patient kitchen, multi-disciplinary team room, utility areas, staff rooms, treatment rooms and drugs prep and store.

The loss of six parking spaces, including a number of disabled spaces, was raised as a concern and provision of the spaces elsewhere is included in planning conditions linked to the permission, that was granted unanimously.