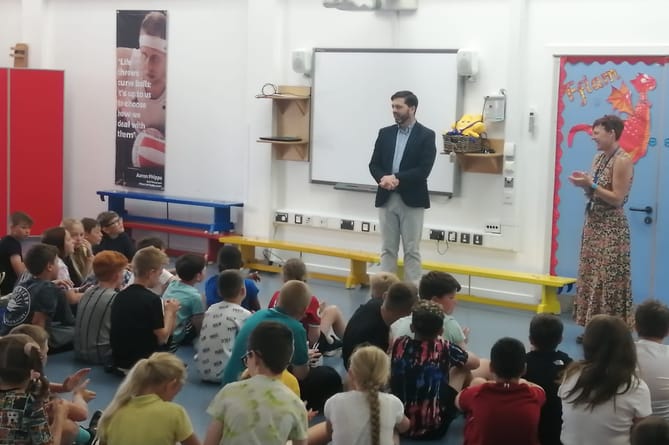 PRESELI Pembrokeshire MP Stephen Crabb has had what he called “a wonderful start to a busy constituency Friday” at Neyland Community School this morning.

A-level Results Day: hope for students who didn’t get their hoped-for grades

Year 6 pupils asked the Member of Parliament lots of “great questions” about what’s going on in politics.

It was, after all, a week that saw fellow Pembrokeshire MP Simon Hart resign from his post as Secretary of State for Wales and Conservative party leader Boris Johnson announce that he would step down as Prime Minister, a move that Mr. Crabb has described publicly as the ‘right decision’, despite his admiration for Mr Johnson’s ‘strong qualities’.

“Thank you to the Head and all the staff for the welcome,” added Mr Crabb.