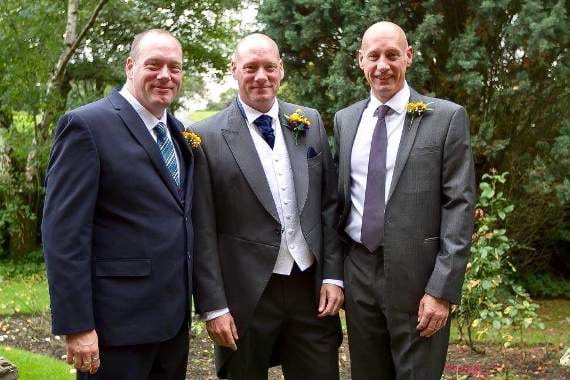 Mike (centre) pictured with his brothers Rob and Steve.

Three brothers who grew up in Tenby will be embarking on a charity cycle ride from one lifeboat station to another to raise funds for the RNLI.

Mike John and his siblings Steve and Rob (who still remains local to Tenby) intend to take on a distance of approximately 400 miles over four to five days, by cycling from Aldeburgh Lifeboat Station in Suffolk to the Tenby Station in support of the RNLI, setting off on August 20.

“Growing up in Tenby you are always aware of the RNLI and the outstanding work conducted by its volunteer crews, and hearing the maroons sound always sent a chilling reminder that someone somewhere was in trouble and needed help,” said Mike.

“During my Military Service with the Army Air Corps, the Unit I was assigned to had an affiliation with the town of Aldeburgh, a small coastal town in Suffolk which also has its own lifeboat station and crew, and during this period I worked closely with the RNLI members during a number of community related events.

More than £100,000 available to local projects via Sustainable Development Fund

New trains will ‘transform and improve’ transport in Wales

Say it in... Ukrainian

“I have chosen the RNLI as my charity as it saves lives here in the UK on a daily basis and is manned by volunteers, and I have the pleasure of knowing both Station coxswains along with a number of crew members either from my school days in Tenby or military connections with Aldeburgh.

“The RNLI relies totally on donations to sustain its current capabilities and I hope that people will donate to directly support this outstanding charity,” added Mike.

Any one who would like to sponsor Mike and his brothers’ challenge can visit the webpage www.justgiving.com/fundraising/michael-john3