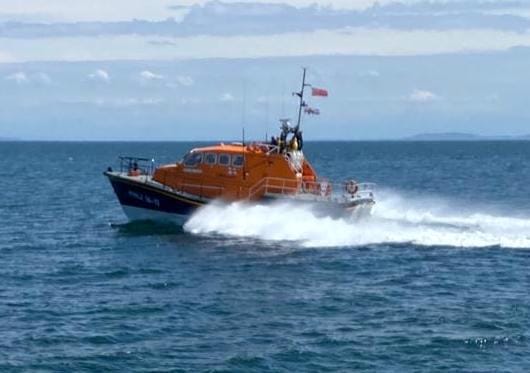 Tenby’s lifeboats had a busy day on Thursday (May 19, responding to two shouts in the locality.

The first of the day was for the inshore lifeboat and came just after 3.30 pm when the Coastguard received a call stating that a kite surfer was in difficulty off South Beach.

The volunteer crew were quickly on the water, but as they were making their way the short distance to South Beach, it was reported that the kite surfer had managed to get ashore safely and was no longer in trouble.

The second shout of the day came at 7.20 pm, after a local fishing vessel suffered a fouled rudder and began drifting onto rocks near Pidgeon’s Cave, to the north of the lifeboat station.

Appeal after cat is injured by air weapon in Pembroke

All-weather lifeboat the Haydn Miller was soon on the water and quickly located the casualty vessel, which was close to washing up on the rocks.

The coxswain manoeuvred the lifeboat close enough so that the tow line could be passed, before taking the vessel in tow back to Saundersfoot.

Once inside the harbour, the tow was dropped, allowing the crew of the casualty vessel to moor alongside the wall.